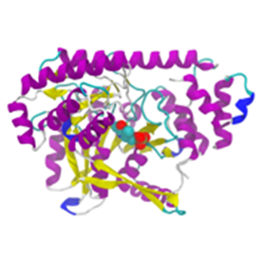 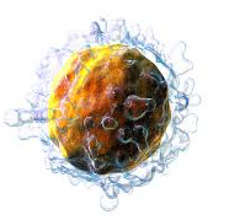 The DNase platform is designed to target Neutrophil Extracellular Traps (“NETs”), which are weblike structures composed of extracellular chromatin coated with histones and other proteins. NETs are expelled by activated neutrophils, in response to microbial or pro-inflammatory challenges. However, excessive production or reduced clearance of NETs can lead to aggravated inflammatory and autoimmune pathologies, as well as creation of pro-tumorigenic niches in the case of cancer growth and metastasis.

A substantial amount of scientific literature has implicated NETs in the context of cancer pathogenesis and resistance to cancer therapies (including chemo, radio, and immunotherapies such as checkpoint inhibitors and cell therapies). In published reports, elevated levels of NETs have been a biomarker associated with poor prognosis in patients with a variety of cancers.

In addition, resistance to existing therapeutic agents can involve the release of immunosuppressive signaling factors from NETs, or physical barriers created by NETs which can impede the infiltration, activity, and survival of cytotoxic T cells in the tumor microenvironment.

Published pre-clinical models have demonstrated the effectiveness of systemically administered DNase, alone or in combination with other agents, for the elimination of NETs and prevention of tumor growth and metastasis.

Adoptive transfer of CAR T cells has emerged as one of the most promising advances in cancer immunotherapy. Engineered CAR T cells, designed to recognize cancer-associated antigens, are capable of sustained and selective killing of tumor cells, with substantial reduction of tumor burden. CAR T therapies have exhibited remarkable clinical success against hematological malignancies but thus far have failed to demonstrate success in the context of solid tumors. Published evidence suggests that in addition to immunosuppressive factors, mechanical barriers formed by NETs can impede T-cell penetration and occlude T-cell contact with tumor cells.

Stay informed about our latest news and updates