Mr. Eisenberg was appointed Chief Executive Officer of Xenetic in October 2017. He joined Xenetic's management team in December 2016 as Chief Operating Officer and has served on the Company's Board of Directors since July 2016. He is a seasoned life science executive with over 20 years of broad operational expertise. Over the course of his career, Mr. Eisenberg has led all crucial areas of R&D, operations, manufacturing/quality, business development, strategic partnering, product development, commercialization, and talent management. Prior to joining Xenetic, his most recent position was Chief Executive Officer of Noven Pharmaceuticals, where during his tenure as CEO revenues more than doubled, the company's cash increased by more than 300%, and two new products were launched following the successful filings of New Drug Applications (NDAs) submitted to the U.S. Food and Drug Administration. Mr. Eisenberg also was responsible for leading Noven's Novogyne joint venture with Novartis (NYSE: NVS), an entity that generated over $300 million in revenue in its last full year of operation. 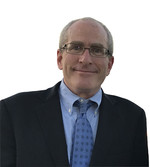 Curtis A. Lockshin, Ph.D. joined the Xenetic Management team as Chief Scientific Officer in January 2017, after having served as the Vice President of Research and Operations of the Company since March 2014. From July 2015 to July 2016, Dr. Lockshin served as Chief Executive Officer and Director of SciVac Therapeutics Inc., and its subsidiary SciVac, Ltd., a commercial-stage biologics and vaccine company in Rehovot, Israel, where he had been serving as CEO and Director since September 2014. Subsequent to SciVac Therapeutics' merger with VBI Vaccines, Inc. in July 2016, Dr. Lockshin served as Chief Technical Officer of VBI Vaccines and its subsidiary SciVac Ltd. In addition, he has served as President and CEO of Guardum Pharmaceuticals, LLC, a private pharmaceutical company, and previously as Vice President of Corporate R&D Initiatives for OPKO Health, Inc., a multinational pharmaceutical and diagnostics company. Dr. Lockshin currently serves as a member of the board of directors of Phio Pharmaceuticals Corporation, a publicly traded clinical-stage RNAi company focused on immune-oncology and as a Director of the Ruth K. Broad Biomedical Research Foundation, a Duke University Support Corporation that supports basic research related to Alzheimer's disease and neurodegeneration via intramural, extramural and international grants. 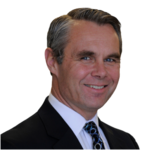 Stay informed about our latest news and updates